Tibet: Training for nonviolence and satyagraha 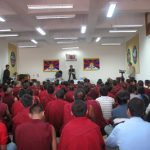 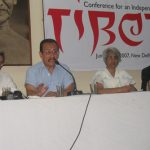 Dr. Niru Vora, Director, Swaraj Peeth was closely associated with FoT in organizing an conference on Independent Tibet in June 2007 of the Tibet support groups in Delhi. The conference deliberated on Tibet ‘s earlier independent status, colonization by China , issue of freedom and autonomy, destruction of its culture and environment and finally some of the UN resolutions related to decolonization. Conference was unanimous about non-violent methods for the achievement of Tibetan freedom with the blessings and under guidance of H.H. Dalai Lama. 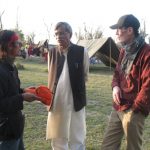 Swaraj Peeth has been engaged in discussing and planning training for the participants of the Return March to Tibet started on 10 March 2008 from Dharmsala. All the five organizations which have launched this march asked Swaraj Peeth to undertake training specifically to cultivate the 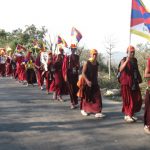 Gandhian understanding of nonviolence and satyagraha. It was thought utmost necessary as satyagrahi not to have any sense of enmity or hatred towards the adversary in the right spirit of the teachings of Mahatma Gandhi and H.H. Dalai Lama. Rajiv Vora conducted training in concept and method of nonviolence for 150 enlisted marchers – satyagrahi- on 6-7 March in Dharmasala. Both Dr. Niru Vora and Rajiv Vora joined the march, met the detainees in their detention camp and joined the candle light Virgil in Dharmsala.